The bus industry receives much less attention from politicians and economists than the rail industry, even though the former is important in most areas of the country. In this important historical and economic analysis, John Hibbs shows how the bus industry gradually had its commercial freedom restrained by politicians until it became totally accountable to them. This had predictable consequences, leading to what Hibbs terms the ‘strange suicide of the British bus industry’.

Hibbs developed much of the intellectual case for the 1985 Transport Act, which, as he shows, liberated the bus industry to serve passengers rather than politicians. Huge benefits flowed from the Act, but the current government, backed up by the European Union, is allowing local authorities to pursue, by stealth, a policy of promoting franchise – or competition for monopoly.

Hibb’s economic and historical analysis is compelling and should be of interest to all involved with transport policy. The monograph concludes with contributions from academics and practitioners who pay tribute to Hibbs and examine relevant aspects of transport policy.

See also:
The Railways, the Market and the Government by John Hibbs et al. 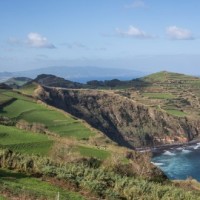